DUE to COV19 We are currently not accepting new patients. We are appointment only. We have also reduced our office times to accommodate the safety and distance of each patient. Thank you for your patience and support. Dr. Cherie Johnson

Would you like to switch to the accessible version of this site?

Don't need the accessible version of this site? 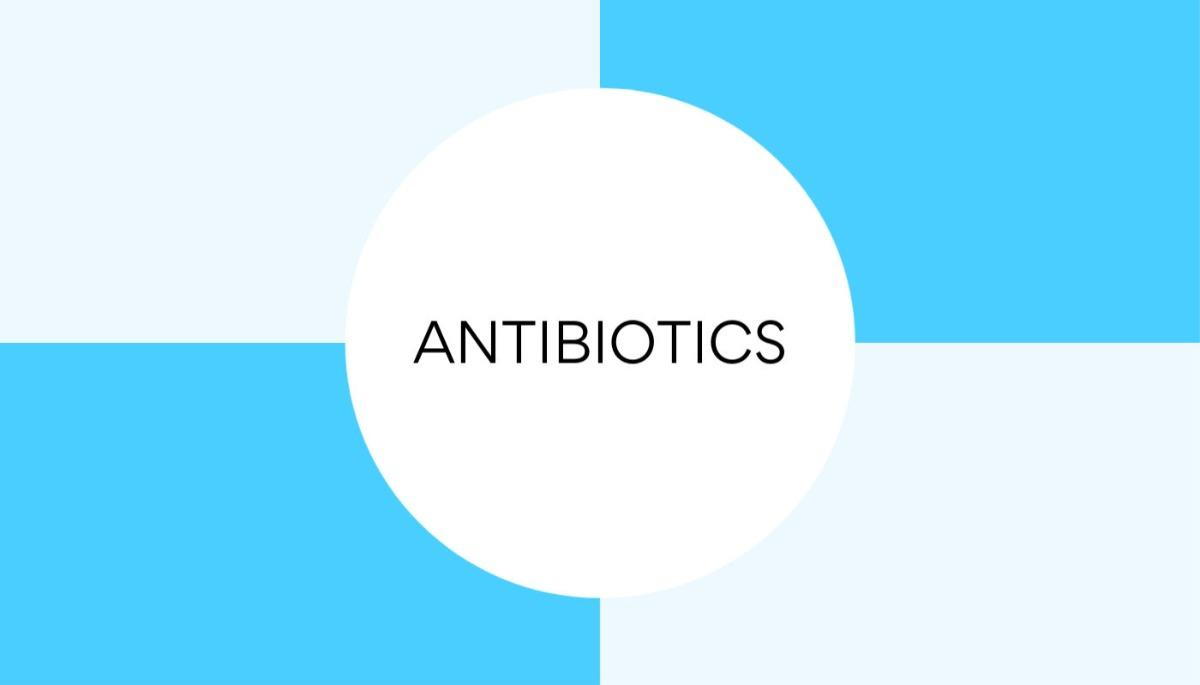 I would like to start this article by explaining what antibiotics are, why and when we should prescribe them, and why we have antibiotic resistant bugs. From here we can discuss the natural way of treating many of these bacteria’s and preventing them from even overrunning our body.

First, let’s began with the explanation of a bacteria. Bacteria are one cell microorganisms that have a cell wall, DNA, and ribosomes. There is good bacteria and bad bacteria. They are found in soil, oceans, and human gut. Bacteria is what makes up our planet since the beginning of time. We use bacteria in formation of food, such as, fermentation of wine and we use bacteria in breaking down dead matter like carbs and toxins. Bacteria have so many uses in our environment.

At this point you need to understand that antibiotics are designed to only kill bacteria. Not a virus or a fungi. If a doctor does not test you for the cause of your condition and prescribes an antibiotic there can be repercussions. You could be taking an antibiotic for the wrong type of bacteria. You may be even taking an antibiotic for a virus, or a fungi. I always encourage having a test before taking a random antibiotic. It is not always a bacteria!!!!! The CDC found 41% of antibiotics written for the flu or influenza was inappropriate. 30% of the patients prescribed these antibiotics for the flu were found to actually have a virus and not a bacteria. Over 30% of patients who came in with a simple sore throat were prescribed an antibiotic, but later tests indicated they were negative for a bacterial infection.

The over prescription of antibiotics has put the world in a dangerous situation. These bugs have the ability to morph and change and therefore are becoming what the WHO have named as “Superbugs”. Superbugs are resistant to all strains of antibiotics. Therefore, when we do have a simple infection our current antibiotics are no longer working for these superbugs. The CDC, as well as the WHO, state new antibiotics are not being developed. We have changed these bacteria to become bigger, stronger, and better and now we have nothing to fight them off.  There is now a “National Action Plan for Combating Antibiotic Resistant Bacteria”. By 2020 the initiative is working to decrease the over prescription of antibiotics and allow the body to provide its natural protective resistance against these bacteria. This initiative began because they noticed that people who have been prescribed multiple antibiotics from childhood on, became more susceptible to these “Superbugs” in infested areas, (such as hospitals, doctor offices, airports, etc). The patient’s immune system has been altered, allowing the new bacteria to infiltrate the patient leading to longer hospital stays, an increase in adverse effects, and a higher morbidity rate. Even simple infections, that at one time were easily treated with antibiotics, are becoming resistant and detrimental to the patient. This organization is working on teaching people to make lifestyle changes to help assist their own bodies resistance and not prescribed unnecessary antibiotics.

A great example of misuse is Sinusitis. Sinusitis can be a viral infection, yet majority of patients who seek treatment will walk out with an antibiotic. Also, majority of these infections (bacteria or viral) are self- limiting. This means that they will resolve on their own in a certain amount of time. These infections will run their course without the need of external influences. Yet the public thinks these “unnecessary” antibiotics fixed them in 3-7 days. In actuality, the self -limiting bug would have resolved on its own in this time frame.

So, what! Who cares if I take this antibiotic? What will it really do? I am glad you asked.  Antibiotic use can contribute to:

What most people don’t understand, antibiotics kill all bacteria; Good and Bad. You must have these good bacteria in your gut to help fight off infections, breakdown food, and support communication to the rest of the body. When you kill these good bacteria, you end up inviting more infections and causing yourself to have severe GI issues such as Dysbiosis or Leaky Gut and cause a dysfunction in the Gut-Brain Axis. Your doctor should always recommend, when taking an antibiotic, to include yogurt in your diet or a probiotic. The probiotics help replenish good bacteria.

A recent study in 2018 by Neurology India discovered side effects from antibiotic use. Many of these antibiotic drugs have been studied with over 181 publications referencing to a variety of antibiotics causing neurological disorders such as:

Many antibiotics have been linked with psychiatric disorders. John Hopkins has just published a paper stating that most people admitted into a psychiatric unit with serious mental disorders may have been the result of antibiotic use. They found that the antibiotic changes the gut brain axis which controls emotion and mood.

“The so-called gut-brain axis, and the particular bacterial microbiome each person has play an integral part in the ebb and flow of psychiatric symptoms and psychiatric disorders, including bipolar disorder and schizophrenia.”

Studies have even shown that antibiotic use can lead to an increase of depression and anxiety, especially for women. A new study showed that children given antibiotics for infections had a higher rate of mental illness, anxiety, and behavioral problems. Danish Psychiatric Central Research Register - “It has been suggested that the gut microbiome, the hugely diverse bacterial community that we host in our intestines, sends out signals to the brain, modulating our moods and, possibly, our susceptibility to mental illness.”

These studies found a link with memory test, autism, depression, anxiety, neurodegenerative disorders (Alzheimer’s) and much more. Now America Psychiatric groups are performing their own studies to see the same correlation of gut and brain and how antibiotic overuse are linked to these disorders.

So, now I have explained to you what bacteria is, what an antibiotic is, how they destroy bacteria, and what are the side effects of using them. What now? What am I supposed to do if I have a bacteria infection? First, we need to make sure it is a bacterial infection. Remember, almost 50% of these cases are misdiagnosed and are viral or a fungal infection. Many times, I like to approach this situation naturally. Antibiotics should be used as a last resort. We first want to follow the guidelines on keeping our immune system ready. Stay away from sugars and carbs and over consumption of fruits. Eat more vegetables and proteins. Focus on the viral and bacterial fighting foods such as onions, garlic, oregano, basil, thyme, rosemary. Eat more broth- based food using bone broth. It is easier on the stomach and allows you to get all your nutrients in with your vegetables.

There are several herbal remedies that will help with virus and bacteria and fungal. One of my favorites is Pau D Arco. It is an antiviral, antibacterial, antifungal supplement. It is perfectly safe for kids and I have recommended to my cancer patients during treatment with a thumbs up from the oncologists. I also love Red clover, lavender, and clove. It is amazing all the wonderful herbs and flowers mother nature has provided us to kill these dangerous bacterias, viruses, and parasites. The key thing I have found, is to stop feeding these bacteria. We primarily do it to ourselves by not providing the optimal environment for our immune system. Yet, we provide the optimal environment for these microorganisms to survive off of us.

To stay healthy, you must be healthy. Yet we all experience stress, environmental changes, and “life” and our immune system fails. At this moment, we want to use food as our healer and herbs to support. For my family, on acute conditions, we use Congaplex. If I suspect bacterial infections (usually this is when someone is coughing up green) I run to Andrographis or Astragalus root and Immuplex together. These work great together to kill off any infection. I personally like using herb and natural whole food/organ together. The herbs have a one-two punch and the whole food and glandular have the nutrients to support your system. The two work synergistically and have a positive outcome that last much longer in your overall health and wellness.

If you notice, I mentioned studies indicating antibiotics were misgiven to individuals. Think of ear infections for your child. Majority of ear infections are viral. Why are you giving your child an antibiotic? Antibiotics are for bacteria not viruses. And then you give your child an antibiotic and it kills their natural gut microbiota. Yet, all the current research has shown a connection between the gut and the brain. When your gut is destroyed it leads to brain issues for your child: ADD, ADHD, Depression, cognitive disorders even muscular disorders, on top of lowering your child’s immune system even more, which can lead to more infections. The purpose of this article is to make you aware of this information. No one tells the patient, the child, or the family member the possible side effect, or the process of how medicine works. It should be your choice on how you want to handle these possible side effects. I want to inform you of this so you can make a choice!

I will give a list of supplements that we provide in our clinic.  I like to use Standard Process and MediHerb.

Garlic and Garlic oil for viruses and ear infections

Artemisinin for bacterial and parasites and fungal

ResCo for coughs and respiratory infections

I hope this article helps in understanding what antibiotic are and how we do overuse them. As I have said many times in my blogs and podcast, “Take Ownership of Your Health”.